Today was the start of a new term and new groups for the Guinea Fowl class. We played a few games to help us get to know each other and to work collaboratively. The first exercise was to build a pyramid using six cups, an elastic band and pieces of string. The children were not allowed to touch the cups with their hands.  They had to use the elastic band and the string. 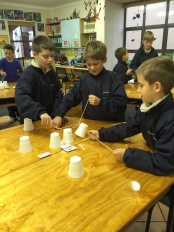 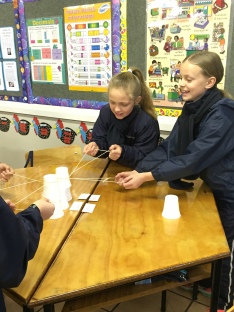 Our second activity involved using 20 pieces of spaghetti, 5 large marshmallows and some cellotape. The idea was to build the tallest structure possible that could stand on its own. The tallest structure was built by Matthew, Dylan and Liam D. It was 95 cm tall. 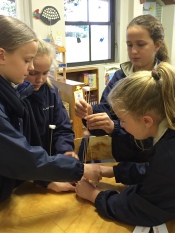 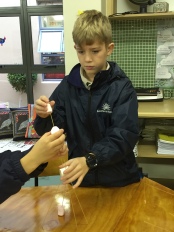 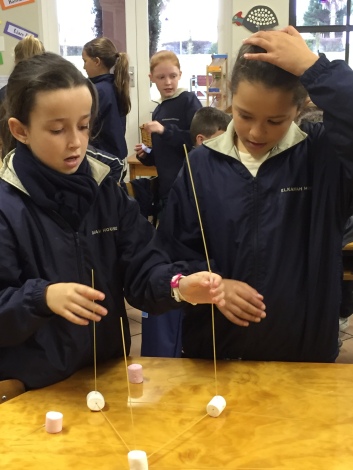 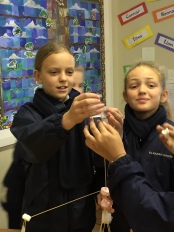 Our third activity was playing a card game called Flip Three. It is a type of memory game but the cards have to make a sum. The child who ends up with the most cards wins the game.

The Grade 4s were divided into groups for a Project Based Learning Task.  They were given clues to find various items on the playground using the eight cardinal points.  Once all the items were found, they had to decide and motivate as a group which five they wanted to keep to survive on their island.  One of the tasks they completed was tallying the bird life on the island.  We have found that putting children into groups of just boys or just girls works far better than mixed groups.  We also tend to put no more than four children per group.  This enables all of them to participate.  A lesson on leadership was done prior to this task and they understood what good leadership is all about.  A leader was elected in each group by the children themselves. 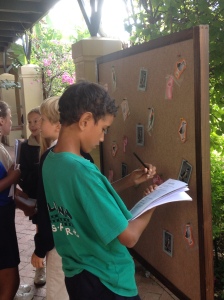